Companies succeed or fail based on their ability to innovate. Over the last century we have seen how rapid changes in technology can alter the economic landscape dramatically – and increasingly quickly. One of the challenges that businesses face is understanding which factors influence the uptake of innovations and how those factors might influence their success. Diffusion of innovations amongst consumers is a complex phenomenon based on the individual decisions of consumers, brands, suppliers, etc. In many cases consumers' choices are based on a simple set of factors (rules and properties), such as awareness, availability, social influence, and the availability of substitutes, among many others. Consumers are also heterogeneous, which manifests itself as differences in their behaviours.

Marketers and strategists are often charged with developing forecasts and scenarios for assessing the impact of innovations. While there are many approaches for addressing this, agent-based models (ABMs) have the unique ability to reveal insights into emergent behaviour in complex markets. One example where agent-based modeling has been particularly useful is in gaining insight into the dynamics of diffusion in the mobile payments market.

In an agent-based mobile payment model, consumers could be represented as agents, as could merchants. Each individual consumer agent decides to adopt the mobile payment innovation based on a several factors, for example, awareness, social influence, affordability and availability of the device, preference, trust, among others. Social influence is a powerful factor, and it relies on linkages or connections between consumers. In an agent-based model these linkages between consumer agents are themselves agents.

On the merchant side, acceptance may depend on other factors, such as merchant awareness and understanding, the business case for adopting mobile payments (since there are usually costs involved), the interest that consumers display in using the payment mode, the difficulty of adopting mobile payments, and so on. The power of ABM is in being able to vary each of these parameters to see what the overall impact on adoption and usage might be.

In the agent-based model shown in the accompanying video we demonstrate the implementation of a relatively a simple mobile payments market. Each agent’s decision (merchants and consumers) has been modeled stochastically to represent diversity in the agent populations. For every time step that the model runs each agent makes a decision to adopt mobile payments or not based on the factors that influence that agent. It is important to note that this particular model does not include post-adoption attrition or rejection (i.e. a consumer or merchant deciding to stop using mobile payments after initially accepting it).

One of the ways that this kind of ABM can be of value to stakeholders in the payments ecosystem would be to provide key insights into what the optimal balance might be between building out the acceptance infrastructure and promoting consumer adoption of mobile payments. Running the model a few thousand times under different innovation uptake scenarios (varying each of the parameters in the model) could provide important metrics on how consumer uptake and merchant acceptance interact with each other. In the analysis of the model output it would be fairly simple to add cost functions to each output scenario, allowing payments system stakeholders to assess the business case on either side.

While it is possible to model each agent’s decision’s in an extremely complex manner, a cornerstone of ABM is to adopt Albert Einstein’s maxim, namely that “everything should be made as simple as possible, but no simpler.” The goal with ABM is not to recreate reality, but to create a useful model, one that can demonstrate interesting emergent behaviours that may arise from interactions between agents.

Agent-based modeling is an excellent exploratory tool for gaining insights into complex phenomena. Emergent behaviour that arises out of complex multi-agent systems can reveal critical interactional dynamics that are not readily apparent from a purely analytical simulation. And as shown here, it can be a very useful tool for understanding diffusion of innovations in payments.

If you believe that agent-based modeling could be useful for your business, please do reach out for an exploratory discussion. My contact details are at the end of the video. 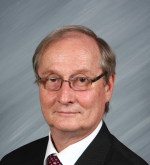